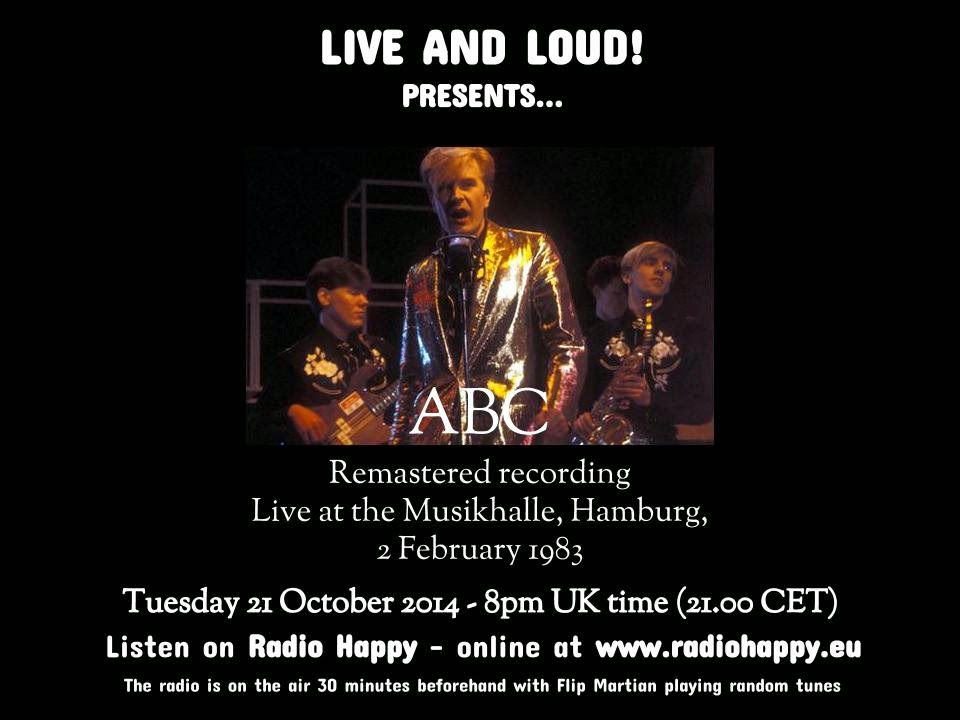 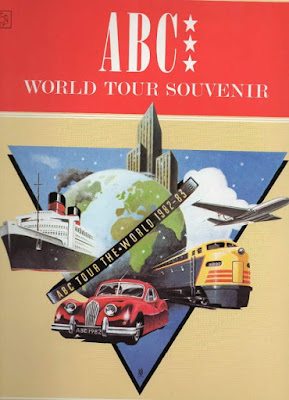 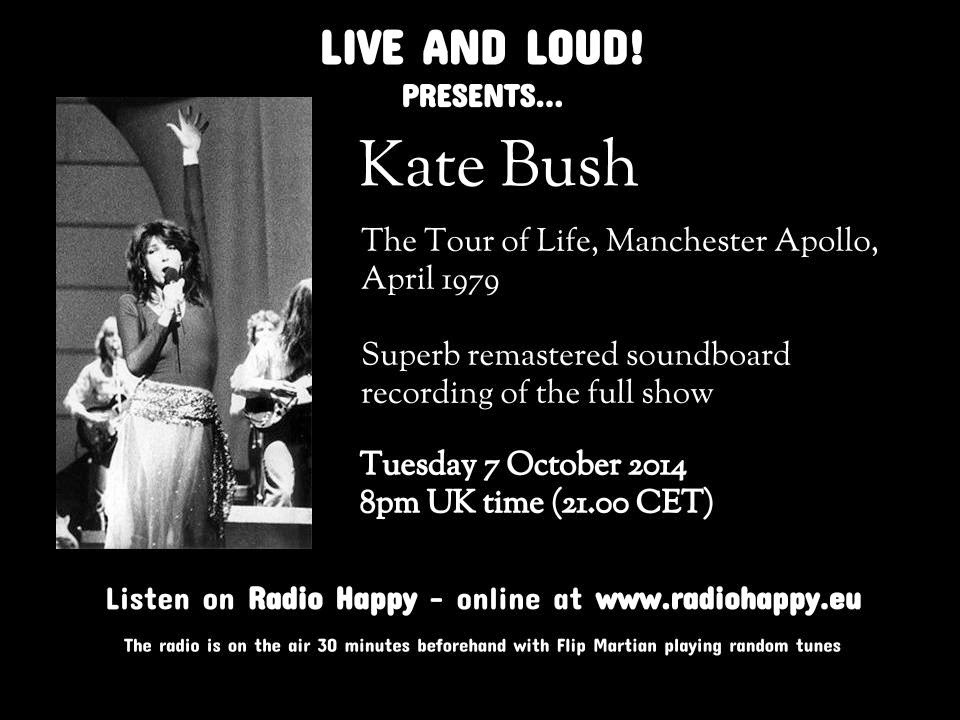 A great show to kick off the latest series of Live and Loud! Until 2014, Kate Bush hadn't toured since her Tour of Life in 1979. So why not find a show from that tour, polish it up and bring it to you? This show takes you back to 1 of the Manchester Apollo dates on that tour in April 1979.  The tour was a lavish affair, featuring multiple costume changes, poetry, magicians and back projections - none of which we can bring you of course! But what we CAN bring you is a polished up and (apart from a few brief parts where the tape was degraded) great sounding soundboard recording. This is the full show, running to nearly 2 hours a great set of songs which has cleaned up nicely - I hope you enjoy it.

Setlist
Moving
Saxophone Song
Room For The Life
Them Heavy People
Man With The Child In His Eyes
Egypt
L'Amour Looks Something Like You
Violin
The Kick Inside
In The Warm Room
Fullhouse
Strange Phenomena
Hammer Horror
Kashka From Baghdad
Don't Push Your Foot On The Heartbrake
Wow
Coffee Homeground
In Search Of Peter Pan
Symphony In Blue
Feel It
Kite
James & The Cold Gun
Oh England My Lionheart
Wuthering Heights
Posted by Flip Martian at 14:16 4 comments: