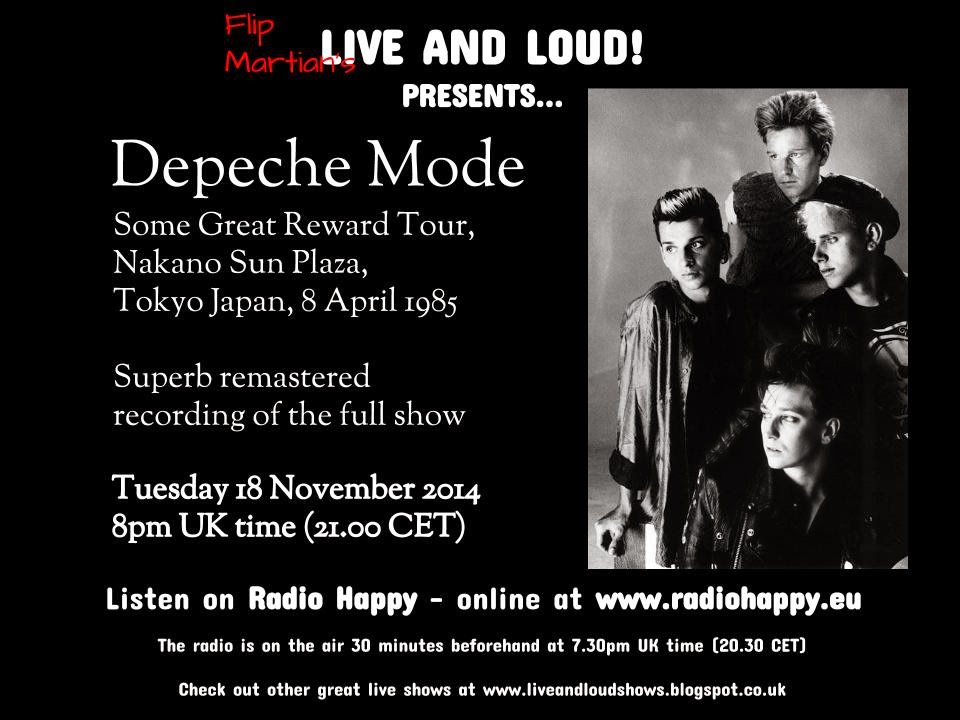 Setlist
Something to Do
Two Minute Warning
Puppets
If You Want
People Are People
Leave in Silence
New Life
Shame
Somebody
Ice Machine
Lie to Me
Blasphemous Rumours
Told You So
Master and Servant
Photographic
Everything Counts
Encore:
See You
Encore 2:
Shout
Just Can't Get Enough
Posted by Flip Martian at 01:18 No comments: 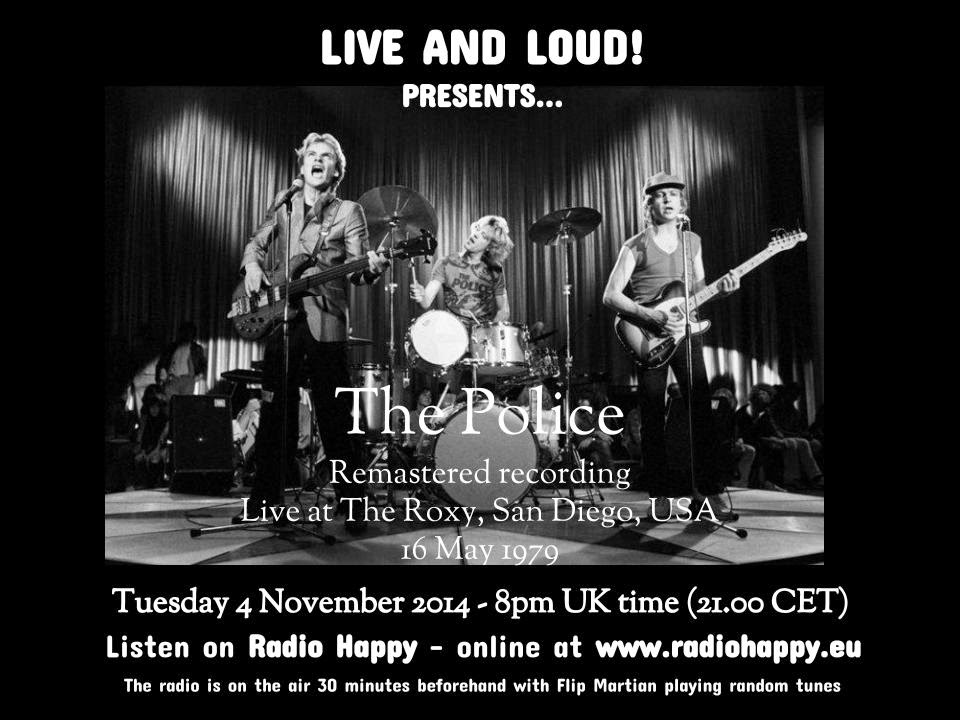 Coming up in 2 weeks time (18 November) is Depeche Mode from 1985 in Japan - full remastered Soundboard recording from Tokyo.

The show after that (2nd December) will be a real history piece - The Beach Boys, live in 1964 - again that's a full remastered soundboard recording. That show will be uniquely preceded by a recording of them in rehearsals for that very show, which should be interesting in itself.

Shows coming up after that will be announced on here shortly but will include XTC, from Philadelphia in 1981, Ultravox from their 1979 tour of the USA with Midge Ure newly installed as front man, Elvis Presley from 1970 in Las Vegas, The Rolling Stones from 1973, and...well, loads more still to come. Every fortnight, Tuesday evenings at 8pm (UK time) on Radio Happy. Stay tuned!
Posted by Flip Martian at 01:44 No comments: