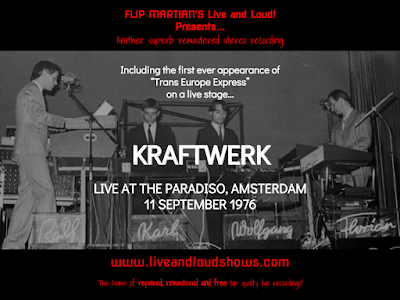 This is an historic gig from Kraftwerk from 1976. Historic because it featured the first appearance of Trans Europa Express, live on stage.

This tape is an audience recording and was a wonderful (if incomplete) record of the gig. However, it did have a few odd glitches, tape noise and sudden changes in the sound levels to be repaired. Audience recordings don't generally respond as well as FM or soundboard recordings to EQ but once all the above were sorted out, a few hours spent on EQ did help improve the clarity of the music being played and increase the lower end frequencies a bit (often lost on audience recordings).

Sadly the recording fades out during the latter half of Autobahn (but you still get about 17 minutes worth, including much cool jamming). Also featured is an early version of Europe Endless (I guess they never did a Dutch translation of Europa Endlos either!), so the gig is well worth your time - a classic gig from a period before the ready availability of computers; you can really hear it all being played on stage.

You can download the recording here as 1 320kbps MP3 file entirely for free.

On the other hand, if you would like to have separate properly tagged MP3s or lossless FLAC files, head on over to the Donations tab to see how you can obtain these for a very small donation towards internet and hosting costs.

The setlist for this recording is shown slightly differently on several sources around the web - after a fair bit of research I believe the setlist below is the definitive one.

Incidentally, since I started work on this recording, I've made contact with 1 of the guys responsible for getting this old TDK D90 cassette recording into the digital world some years ago - so a big thanks to Twingo and Jerome  - without them, this concert would be consigned to history. Please do check out http://twingokraftwerk.com for more info on this Kraftwerk live recording as well as many others!
Posted by Flip Martian at 08:10 2 comments:

Email ThisBlogThis!Share to TwitterShare to FacebookShare to Pinterest
Labels: 1976, Kraftwerk 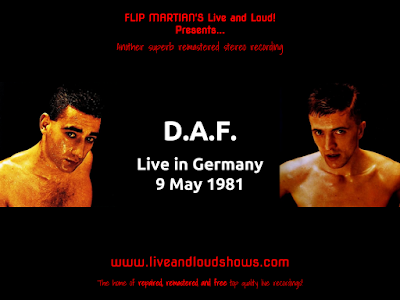 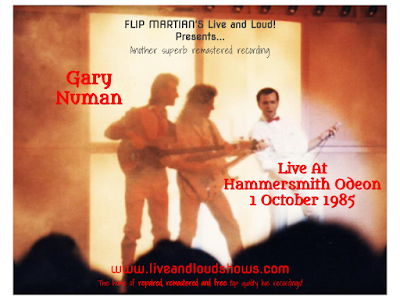 This one is taken from 1 of my old cassettes - bought in Camden Market quite possibly not long after the tour. Its a fairly decent audience recording - no hollering or chatting from anyone nearby so you can just concentrate on the music! After transferring it, I applied some gentle noise reduction and then 30 band EQ to remove some mid range mud and enhance the bass frequencies a bit (you can hear the kick drum now). I also processed and widened the sound a bit and its now a very listenable show - good quality recordings of this tour are not easy to find so I hope you enjoy this one!

Setlist
Intro (No Shelter)
Tricks
Me, I Disconnect From You
Creatures
Metal
Berserker
Are "Friends" Electric?
Miracles
Down In The Park
Cold Warning
I Die:You Die
Sister Surprise
This Disease
We Take Mystery
Call Out The Dogs
Cars
My Shadow In Vain
We Are Glass

Full credit to Mark Rice for taking the original photo used for the above "cover" for this gig (I originally found it - without a credit - googling Fury tour photos). 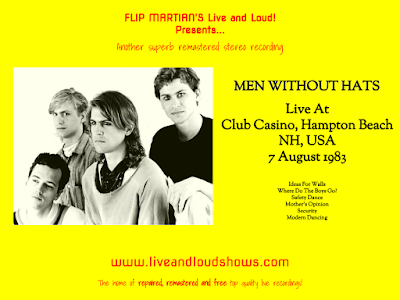 Setlist
Ideas For Walls
Where Do The Boys Go?
Safety Dance
Mother's Opinion
Security
Modern Dancing
Posted by Flip Martian at 05:08 No comments: 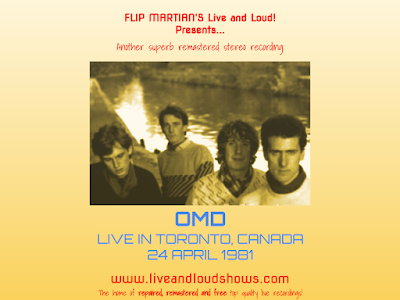