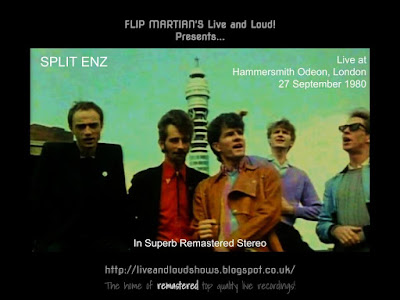 Setlist
I Wouldn't Dream Of It
Poor Boy
One Step Ahead
Missing Person
Walking Through The Ruins
Ghost Girl
I Got You
I Don't Wanna Dance
What's The Matter With You?
I Hope I Never
In The Wars
Nobody Takes Me Seriously
I See Red
Shark Attack
Posted by Flip Martian at 02:57