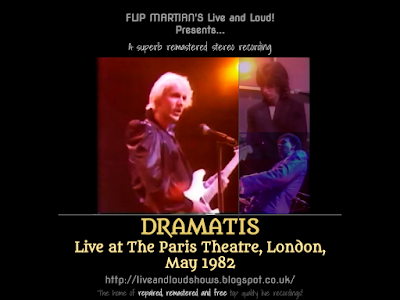 ***2022 UPDATE***
Cherry Red Records have remastered and rereleased all of Dramatis' recorded output from back in the day, including this live recording and including it all on a 2CD digipak. That's been released as of 22 April 2022, so my restoration has been taken down, after being downloaded for free 1587 times.

This page is now left here for reference. For Future Reference, you might say... Now go and buy the reissue!
***UPDATE ENDS***