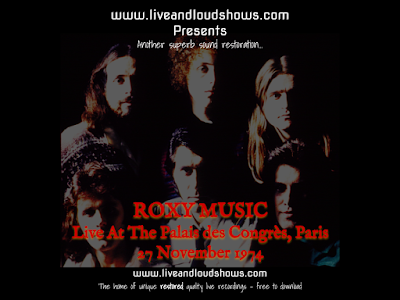 Setlist
Out of the Blue
A Song For Europe
Three and Nine
If It Takes All Night
In Every Dream Home A Heartache
If There is Something
All I Want Is You
Posted by Flip Martian at 06:50