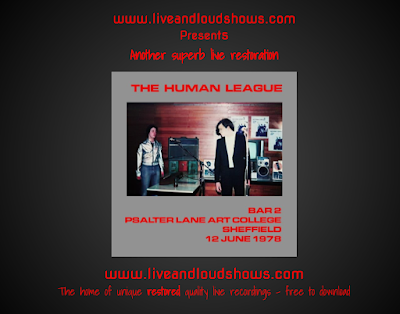 The first live recording made of The Human League for you this time, done at their second ever gig. It recently came to light on YouTube, marked as their first ever show - and wikipedia lists it as such - but according to Martyn Ware  (and he would know) and other sources, it is, in fact, their second. The first gig was also at Psalter Lane Art College but several months earlier - on 16 February 1978. Even so, it's pretty wonderful it's now in the public domain after so long.

The original of this was recorded on a reel to reel tape recorder in a bar, with people milling about talking, getting drinks in, etc - the quality is pretty noisy and not very clear - partly due to THIS version being from a copy of a copy, in mono, and put on YouTube. The guy who originally recorded this still has his stereo original and plans to remaster it himself one day, so this is the best available at the moment.

For those who are interested in such things, I reduced the room ambience, tape hiss, fixed as many dropouts and changes in volume as I could, then got to work with EQ and other studio toys to bring some clarity back and expand the mono sound a little.

Featuring early versions of some songs that would appear on Reproduction, both sides of their first single Being Boiled, and a couple of tracks that would be consigned to history and remain unreleased at the time, this is a fascinating listen, recorded just days before Being Boiled was finally released by Fast Product. While it was never going to be a crystal clear listen, I hope you enjoy this new version.

The show is now available to download exclusively for free HERE as 1 MP3 file.

Or, if you would like to have separate tagged MP3s or FLACs, head on over to the Donations tab to see how you can obtain these for a very small donation towards the site costs.Either way, enjoy the show.

My special thanks to Paul Forshaw for allowing me to incorporate his cover design in mine (so much better than I would have done) and also to Peter Needham, who's photos from the gig appear in the cover design and below. 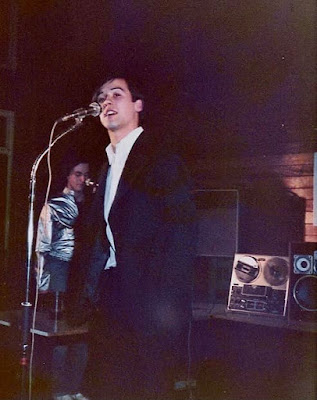 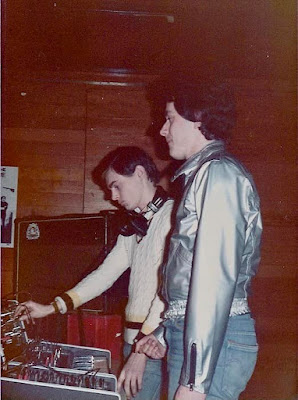