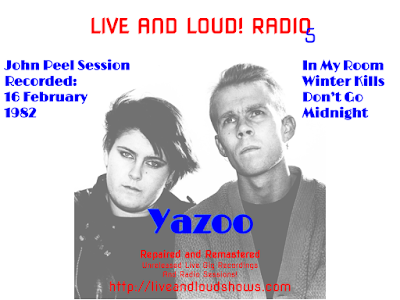 EDIT September 2018: This session is now being released officially in October 2018 as part of a boxed set, so this page now is for information only. You can check out the boxed set here
Posted by Flip Martian at 02:21

Email ThisBlogThis!Share to TwitterShare to FacebookShare to Pinterest
Labels: 1982, Yazoo