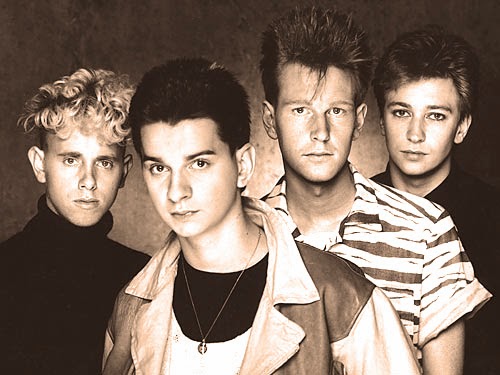 This was just under 1 hour of Depeche Mode taken from their Construction Time Again tour, originally broadcast on FM radio and recorded on cassette by me at the time of original broadcast. Not sure which night the recording was taken from - they played there 6 - 8 October 1983.

This one just had some gentle hiss reduction and some EQ to bring out the power a little I think. Sounds good!


2018 update: While preparing this old show as separate files for a donator to the site, I found I could now improve the sound quality further, over what I’d originally done to the recording several years ago. You can now download this new version (as of 2018) HERE as 1 new 320kbps MP3 file.

Setlist
Everything Counts
Now, This Is Fun
Two Minute Warning
Shame
See You
Get the Balance Right
Love, in Itself
Pipeline
Photographic
New Life
More Than a Party
The Meaning of Love
Just Can't Get Enough
Posted by Flip Martian at 06:10