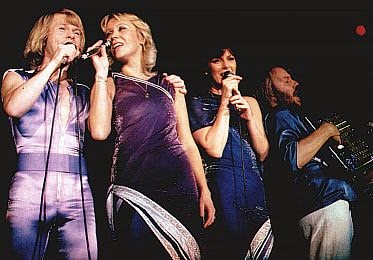 A bootleg (originally called Sweet Dreams Are Made of This) containing performances from a gig at Wembley in London in late 1979 apparently, plus material from a TV special. My initial research suggested it was 1981 - but that was definitely wrong; they're 1979. I couldn't find out much more, however!

What I CAN tell you is that some EQ and remastering brought out the quality nicely and this has proved to be one of the most popular broadcasts I did.

Setlist
Voulez-Vous
Knowing Me, Knowing You
Chiquitita
Gimme, Gimme, Gimme
Super Trouper
I Have A Dream
The Name Of The Game / Eagle
Thank You For The Music
Two For The Price Of One
Slipping Through Your Soul
Me And I
Summer Night City
Take A Chance On Me
The Way Old Friends Do
Waterloo
Dancing Queen
Posted by Flip Martian at 07:13

Email ThisBlogThis!Share to TwitterShare to FacebookShare to Pinterest
Labels: 1979, Abba