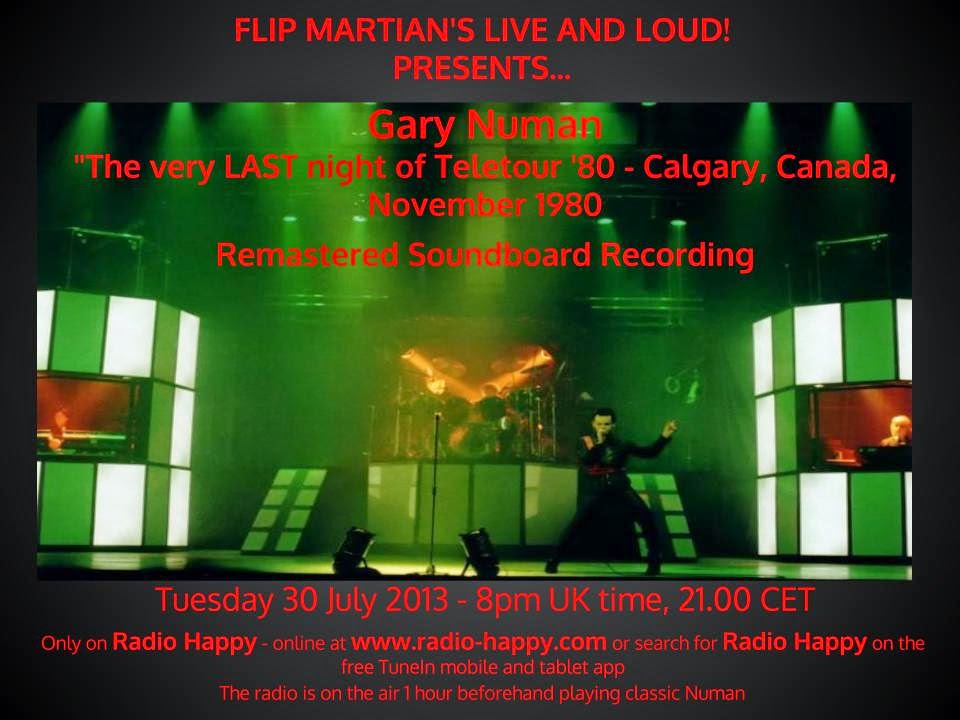 Well...back when I did this it was believed the last night of the tour - which this gig clearly IS - was Calgary. But information has come to light THIS year - someone commenting in the comments below started off some more detective work - that the last night was actually in Edmonton, Canada on 12 November 1980. THIS is that gig. So the date is RIGHT but the venue is WRONG.

Mislabeled as Calgary back in 2013 when I found this, or was sent it (forget which!). Pretty sure back then, online sources also had the last night of the tour as being Calgary but that has been corrected in several places this year. I've since heard songs from a recording of the Calgary gig (which was the night before - 11 November 1980) and there are differences to this gig - not least of which is that he doesn't tell everyone its the last night of the tour!

THIS gig is actually from the Kinsmen Field House, in Edmonton, Alberta, Canada, and is definitely the last night of the tour - as you can hear Gary telling everyone that before the final encore.

Numan released his second solo album "Telekon" in the Autumn of 1980 and embarked on his second major tour in 12 months - and his second in the USA and Canada in 7 months. This recording features the full set from the very last night of the Teletour, after he'd already made up his mind that he would retire from touring. The show gets better through the set I think, and the last song in the set, We Are Glass, is especially exciting with lots of analogue synths squawking away.

This is a soundboard recording and had deteriorated with age a bit. EQ'ing and remastering has brought out the best of it I think and its very listenable - certainly proved popular with Numan fans.

Setlist
This Wreckage
Remind Me to Smile
Complex
Telekon
Me! I Disconnect From You
Cars
Conversation
Airlane
M.E.
Everyday I Die
Remember I Was Vapour
Are 'Friends' Electric?
The Joy Circuit
I Die:You Die
I Dream of Wires
Down in the Park
Tracks
We Are Glass