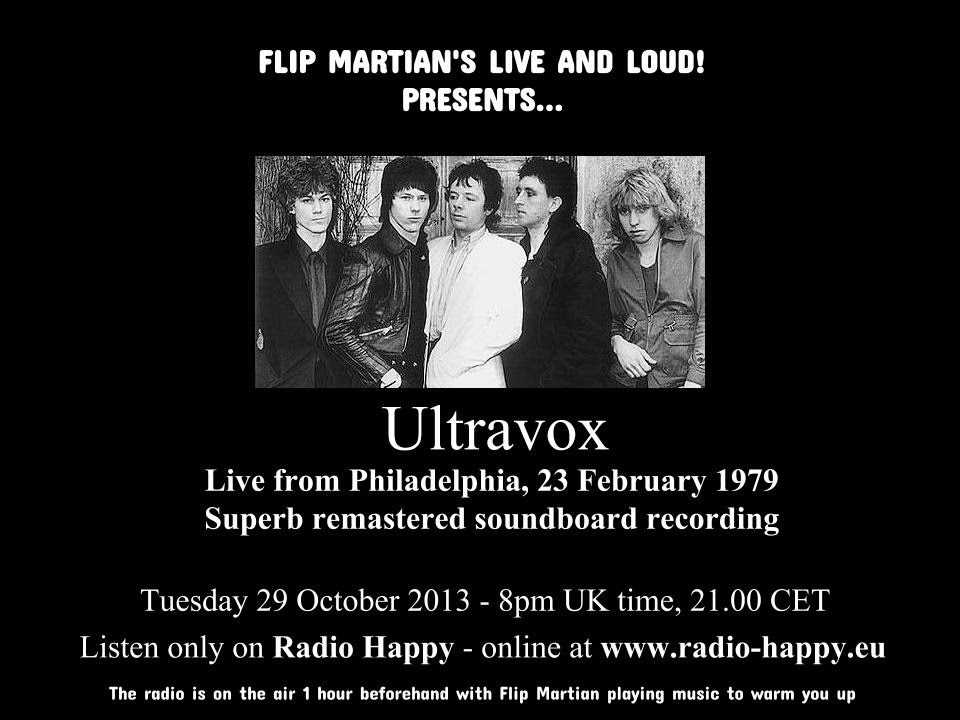 Another show from Ultravox now - from their very last tour of the USA just before singer John Foxx and guitarist Robin Simon decided to leave and Ultravox were effectively put on hold until Midge Ure joined later on that year and they reinvented themselves.

A clear soundboard recording, this has responded brilliantly to some EQ and mastering and sounds crystal clear. Enjoy!