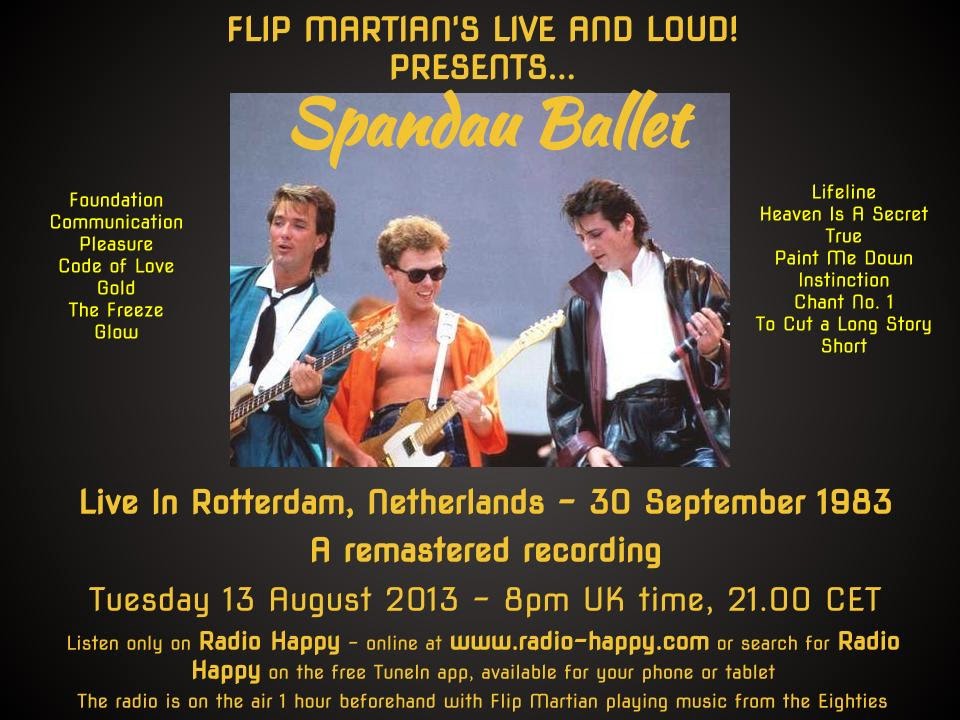 This features Spandau Ballet at the height of their popularity after the release of "True", which became a big hit in the Netherlands and when the follow single "Gold" had just broke into the top 5.

I'm pretty sure this was an FM radio recording - it originally came to me from 1 of my listeners, who asked me to have a go at remastering it for broadcast. If you're a fan of Spandau, I think you'll agree it was worth the work.

Setlist
Foundation
Communication
Pleasure
Code of Love
Gold
The Freeze
Glow
Lifeline
Heaven Is A Secret
True
Paint Me Down
Instinction
Chant No.1
To Cut A Long Story Short
Posted by Flip Martian at 07:25