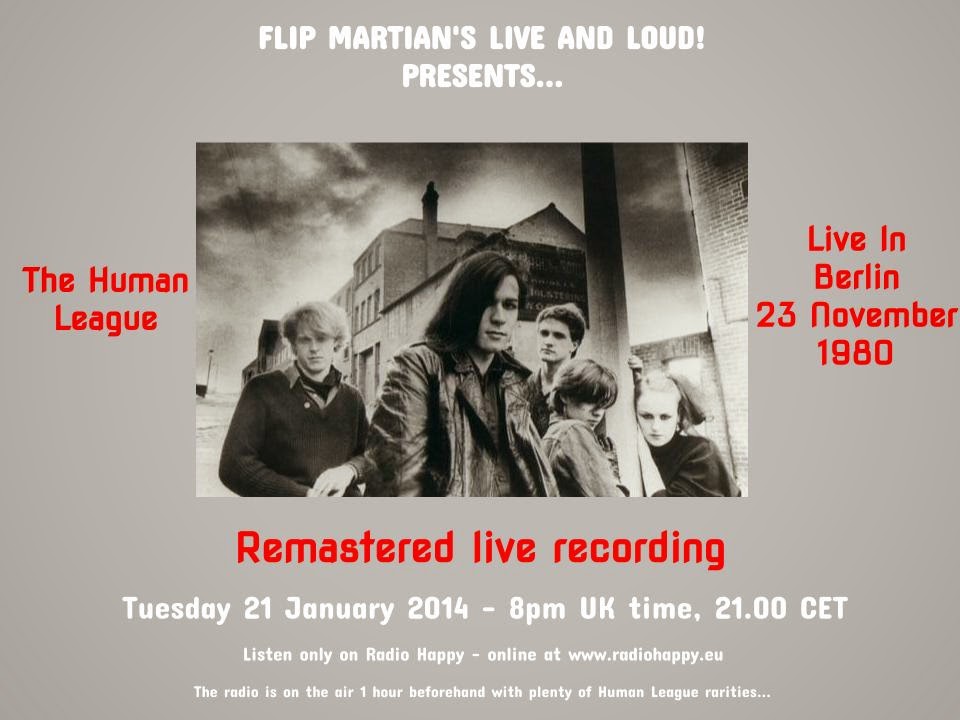 A show that proved very very popular on broadcast, and afterwards. There are very few quality live recordings of The Human League and almost nothing from their early days. This one in particular is one of those where the historical value of the gig makes it worth presenting, even if the sound quality is less than perfect. This took a lot of tweaking, to say the least - but its popularity I guess means that people enjoyed it! I think its the best you'll hear them from this time.

Please note that unfortunately the last encore track, Empire State Human, wasn't present in the files I received and is therefore missing from this set.


UPDATE 2018
While preparing this old show as separate files for a donator to the site, I found I could now improve the sound quality further, over what I’d originally done to the recording several years ago. You can now download this new version (as of 2018) HERE as 1 new 320kbps MP3 file.

Setlist
Take On The World
The Path Of Least Resistance
Only After Dark
Dreams Of Leaving
Austerity Girl
I Am The Law
Boys & Girls
Morale
Life Kills
The Word Before Last
Crow And A Baby
The Black Hit Of Space
Almost Medieval
Marianne
Circus Of Death
Posted by Flip Martian at 09:23