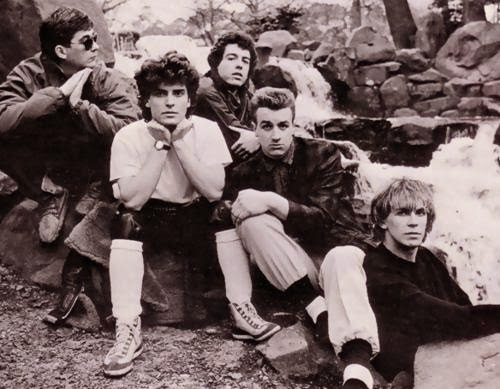 A show from their UK tour at the height of their popularity - with their debut album released the previous year and 2 hit singles in 1981. Including tracks from that album and their second, due to be released a few months later - including Passionate Friend, which would be their next hit single.

This was an FM radio broadcast and has responded well to remastering - plenty of punch to this show.

This show was in mono and has been upgraded further to sound better. At the same time I've created a simulated stereo one as well.

Setlist
Read It In Books
Thief of Baghdad
Sleeping Gas
Passionate Friend
Just Like Leila Khaled Said
Suffocate
The Poppies Are In The Field
Culture Bunker
Reward
Went Crazy
Screaming Secrets
When I Dream
The Great Dominions
Treason
Posted by Flip Martian at 07:29