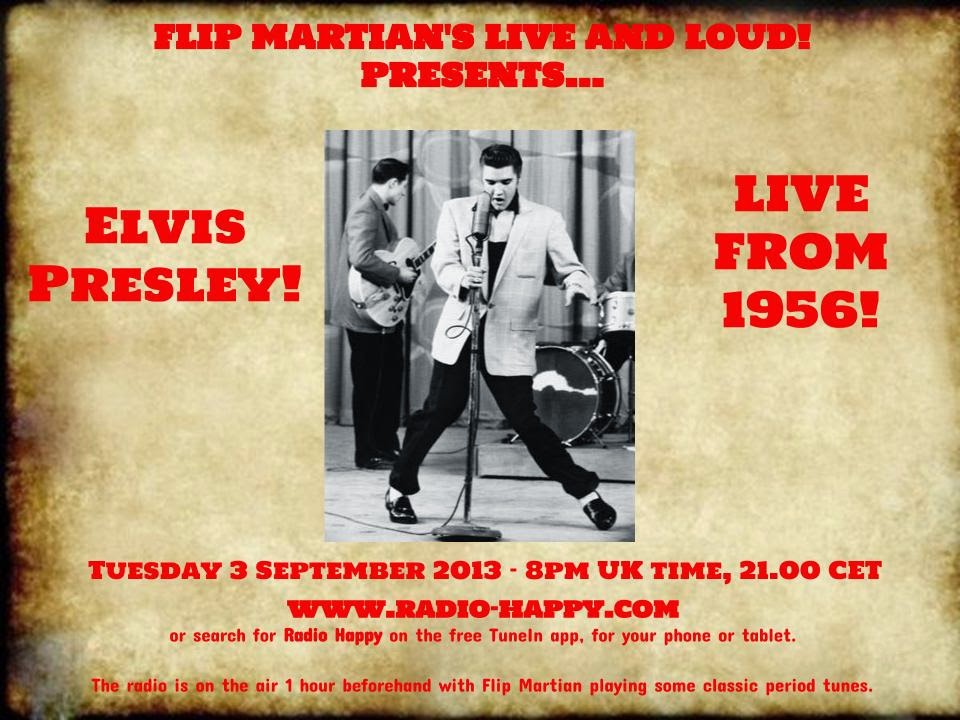 The earliest recording its been my pleasure to come across so far. Clearly its not comparable to an FM radio or soundboard recording as such but is a wonderful snapshot of a historic moment in musical history. Elvis Presley live in concert after the release of his huge hit single Heartbreak Hotel. Recorded by a radio DJ (who you can hear on the recording here and there), the recording was rather muddy and DJ Fontana on drums was almost unheard - I've done what I can to bring out the instruments and reduce noise and its certainly very listenable.

As you can see Hound Dog appears twice, once as the normal speed version and once as a slower reprise - which was probably an excellent excuse for Elvis to gyrate his hips, judging by the amount of screaming from the girls in the audience! As a bonus, the recording closes with a brief interview with Elvis backstage after the show - hardly in depth but certainly an interesting historical piece. 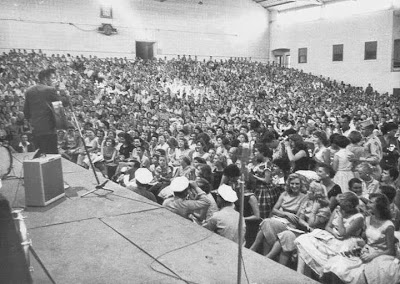 Incidentally, when I originally broadcast this show, a listener sent me this photo which was actually taken at the same show. Helps bring the recording to life a little!

The Little Rock Interview
Posted by Flip Martian at 07:58