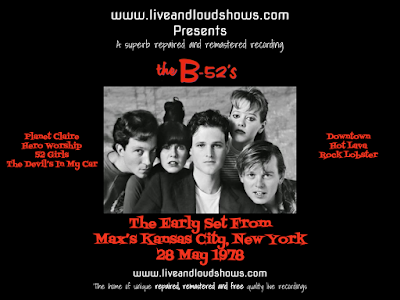 This recording was originally recorded by a legend of the gig taping world, the Grape, using a Uher 134 cassette deck with an AKG A200D microphone. while in the audience - he actually recorded both shows the band played that night. The grape recorded many shows through the 70s and without these people, this site ultimately wouldn't exist, so big thanks to him and others who took the time to do it.

The recording needed a fair bit of tweaking - someone, once upon a time had put a brickwall limiter on it (in layman's terms, boosted loudness as high as it could go on every part of the recording to make it sound "better") which made it boomy and tiring to listen to all the way through. And still muffled. However, with a few studio tricks and EQ, it now sounds much clearer and far more listenable. Bear in mind it is still a cassette recording made from the audience over 40 years ago, but even so, it's a fascinating clip of how the band were early on.