The latest show (featuring XTC here) will be the last new remaster of 2018. However, some updated and better quality content will be uploaded during the break.

Short break
We're planning on moving house, hopefully in about 5 weeks or so, up into a rural part of Scotland. Before then, there's lots to do and sort out, and where we're moving to has slower internet than here, so upload speeds will be slower - and necessitate me leaving files to upload over night I think, rather than the several minutes they take here! So I'm trying to get through as many of the old shows as possible and upload the separated versions for any donators that request shows (doesn't happen often but I like to be prepared!) to save time after we move. Once they're on the server, these usually take much less than the 48 hour turnaround I usually give to process the order and send on. (Information on what you get for donations is posted in the link below: http://www.liveandloudshows.com/p/blog-page_12.html)

Updated content
When I do split the shows for donators, some of the older shows (if they need it) get revisited and improved again when I prep them as separated FLACs or MP3s; I think I've got better at this restoration lark since I first started in 2012 and some of the older shows certainly don't sound as good as I remember. For the first time, I will be updating the free "single MP3" versions on here as free downloads, with those new and improved versions (previously, only donators got the benefit of any improvements). Donators still get the separated MP3s and FLACs of course - and not EVERY old show needs reworking - but I'll post updates on this as I go.

The future
New shows will resume asap after the move - probably early in January 2019. I have tons of material to work on - literally hundreds of shows - about half a terabyte's worth, last time I checked, by artists yet to appear on Live and Loud! as well as others who have appeared already. And new ones being found regularly too, of course! And hopefully (!) once the move is out of the way, I can get back to a more regular and frequent release schedule next year.

So there really is much more to come! Stay tuned...
Posted by Flip Martian at 06:00 No comments: 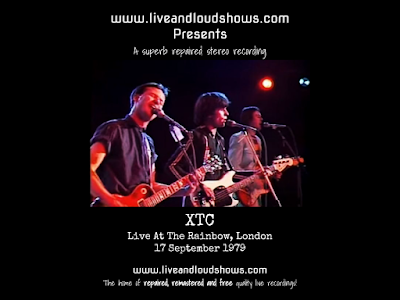 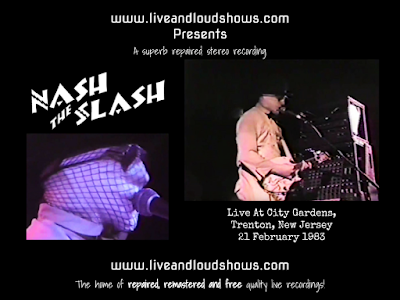 Setlist
Born To Be Wild
1984
Who Do You Love?
Swing Shift (Soixante-Neuf)
Womble
Dopes On The Water
Dance After Curfew
Dead Man's Curve
American Band
Children Of The Night
Psychotic Reaction
Posted by Flip Martian at 06:23 2 comments: