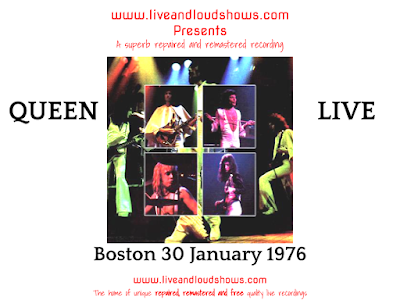 This is an audience recording, originally recorded by Dan Lampinski, who recorded over 200 shows in the 70s from several bands.  He was apparently in the fifth row right of centre when he recorded this (reference from queenlive.ca/). It was released for free onto the internet some years back and quickly grabbed by bootleggers who "issued" it on CD for sale. A 2nd bootleg called A Night At Boston was then released which at least corrected the fact that the recording ran slightly too fast; it's a lossless copy of that that speed corrected recording I've used as the source for this; my version is saved as lossless also and this MP3 is saved from that.

Some studio toys removed some of the natural reverb you get on audience recordings and gave me more of the band's sound to play with. From there, it was out with the 30 band EQ, trying to give you more of the experience of sitting in that hall in front of Queen over 40 years ago! This now, to me, sounds much better than the original.