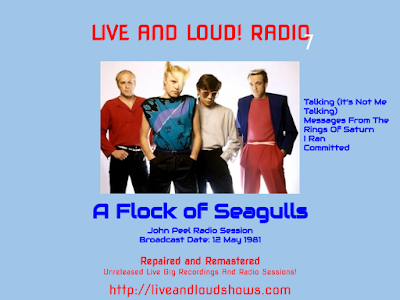 The zip file for this session contains remastered MP3 versions. You can download it HERE.
Posted by Flip Martian at 10:23

Email ThisBlogThis!Share to TwitterShare to FacebookShare to Pinterest
Labels: 1981, A Flock of Seagulls