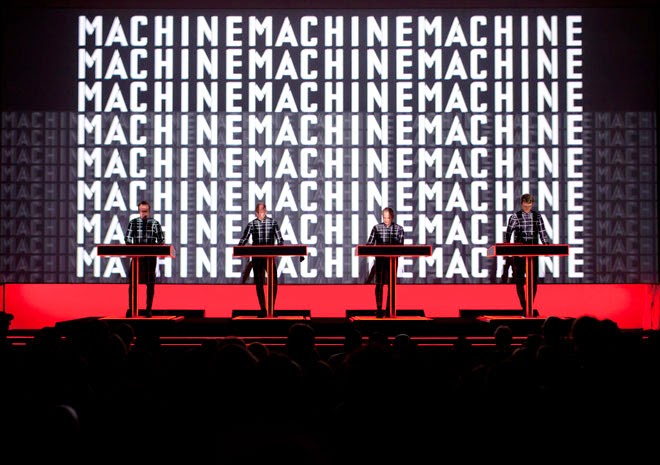 One of several nights performing at this venue in New York in April 2012, this recording is of the performance nominally highlighting the Man Machine album (but still with a setlist spanning most of their career). This was one of the few recordings taken from the audience in the Live And Loud! series but I hope you'll agree its an important enough recording to warrant broadcast. Remastering and EQ has helped make the most of this one and has resulted in a very clear recording.

UPDATE 2019.
While preparing this old show as separate files for a donator to the site, I found I could now improve the sound quality much further, over what I’d originally done to the recording back in 2012. You can now download this new version (as of 2019) HERE as 1 new 320kbps MP3 file.

Email ThisBlogThis!Share to TwitterShare to FacebookShare to Pinterest
Labels: 2012, Kraftwerk