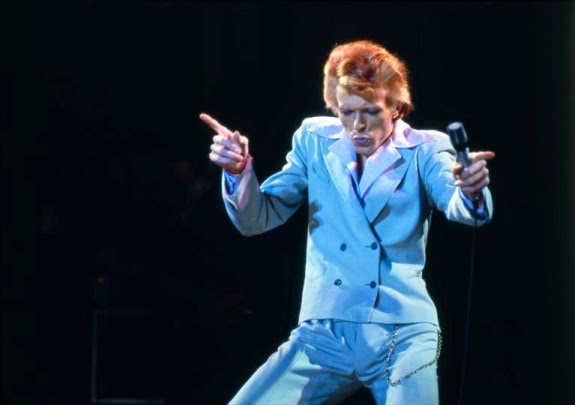 I was really pleased to find this one - from the later, second leg of the the 1974 tour, an alternative gig to the gigs in Philadelphia which formed the official release David Live! with some different band members. Its a full soundboard recording - and of course, a complete live record of one gig, not a composite. It  responded pretty well to some tarting up!

I'm happy to say the remaster I did was downloaded nearly 2000 times in the time it was up, so thanks to all who grabbed it and spread the word. However, the link to this show has now been removed.

Why? Well, it was released officially for the first time in 2017 for Record Store Day - and Tony Visconti himself remastered from the original tapes - while my remaster was a big improvement on the existing bootlegs, the gig will never sound better than with TV remastering it. And in keeping with my own thoughts on this - once the whole recording is released officially it comes off the archive. More info on the official release here.

EDIT May 2017: The vinyl reissue is now being made available on CD too! Great news. Check it out here