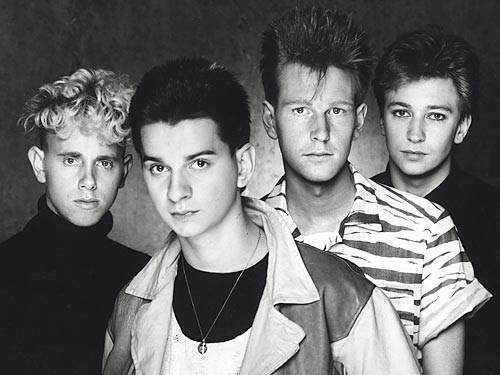 Another pivotal gig this one - this captures Depeche Mode on the See You tour, shortly after Vince Clarke left in November 1981 and after recruiting Alan Wilder to the lineup as his replacement. "See You", the first single written by Martin Gore, was released 1 month before this gig and the setlist features what would become their next single, "The Meaning of Love". An interesting snapshot of a band at the early stages of transition and featuring a bizarre choice of a Gerry and The Pacemakers song as an encore!

UPDATE. While preparing this old show as separate files for a donator to the site, I found I could now improve the sound quality further, over what I’d originally done to the recording back in 2012. You can now download this new version (as of 2019) HERE as 1 new 320kbps MP3 file.

Setlist
Shout
I Sometimes Wish I Was Dead
Boys Say Go!
Puppets
See You
Big Muff
Now, This Is Fun
Ice Machine
New Life
Tora! Tora! Tora!
The Meaning of Love
Just Can't Get Enough
What's Your Name?
Photographic
Dreaming of Me
I Like It
Posted by Flip Martian at 13:14