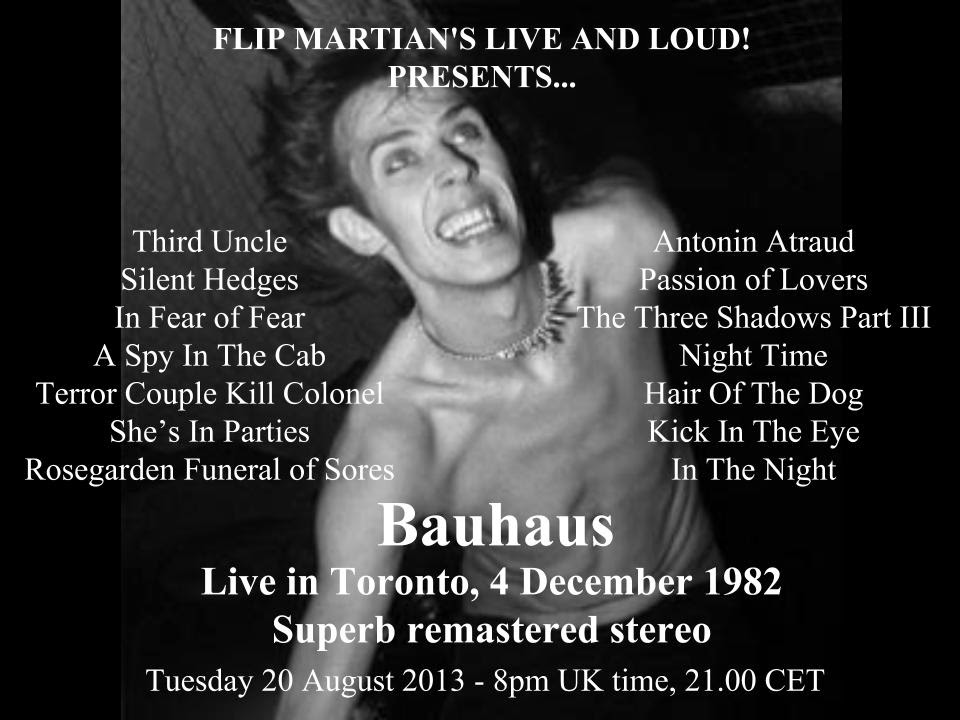 From a month long tour of the USA and Canada shortly after the release of their 3rd album "The Sky's Gone Out".

Pretty sure this is a soundboard recording - in any case, it was a good quality recording which responded really well to remastering - its superb now. If you like Bauhaus, you may have heard this gig before - but not like this. Enjoy!

Setlist
Third Uncle
Silent Hedges
In Fear of Fear
A Spy In The Cab
Terror Couple Kill Colonel
She's In Parties
Rosegarden Funeral of Sores
Antonin Atraud
Passion of Lovers
The Three Shadows Part III
Night Time
Hair of The Dog
Kick In The Eye
In The Night
Posted by Flip Martian at 07:36

Email ThisBlogThis!Share to TwitterShare to FacebookShare to Pinterest
Labels: 1982, Bauhaus