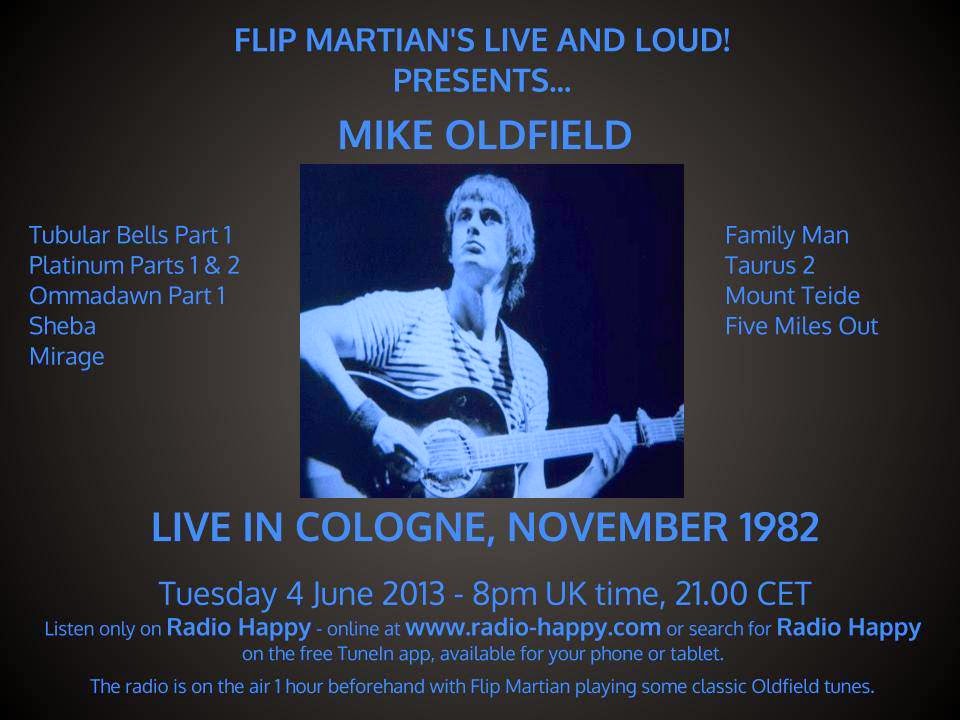 Please note: I originally did this in early 2013. Since then, this gig - without Platinum Pts 1 and 2 and Ommadawn Pt 1 but with the addition of Guilty - has been remixed, remastered and released officially now as extras on the reissue of the Five Miles Out album. BUY THAT. I have it and it's superb - the quality more than surpasses this recording. So if you like this, buy that (if you don't have it already).

The Five Miles Out world tour kicked off in April 1982 in Brooklyn, USA and didn't finish until December that year in Munich, Germany. The tour took in the USA, Canada, New Zealand, Australia, Japan, Scandinavia, the UK and many dates in mainland Europe.

This was a good soundboard recording that has appeared on a few bootlegs over the years; it was a real pleasure to remaster this - it really does sound superbly clear now and captures a great performance in superb detail.