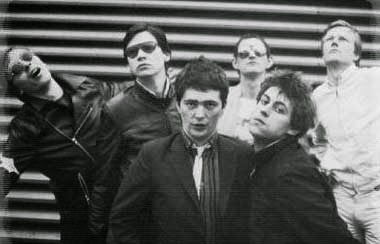 This was an FM radio broadcast I found on the web (I forget where) and is a great early show from the Rats - a very powerful performance. This gig catches them at a pivotal point in their career - Rat Trap was due to be released a few weeks later and would become their first number one single in the UK.

While the source was pretty clear and in decent condition luckily, a bit of EQ and remastering certainly hasn't done this any harm at all - enjoy!

*Update 2018*
While preparing this old show as separate files for a donator to the site, I found I could now improve the sound quality further, over what I’d originally done to the recording several years ago. You can now download this new version (as of 2018) HERE as 1 new 320kbps MP3 file.

Playlist
Mary of the 4th Form
Me and Howard Hughes
(I Never Loved) Eva Braun
Don't Believe What You Read
Rat Trap
Kicks
Joey's on the Street Again
Living On an Island
(She's Gonna) Do You In
Like Clockwork
She's So Modern
Looking After No. 1
Posted by Flip Martian at 09:40