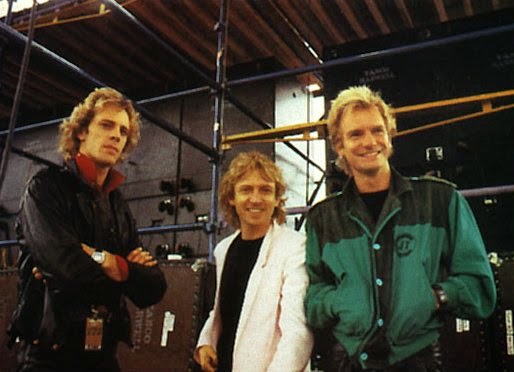 The Police went mega, I guess, with the release of their 3rd album, Zenyatta Mondatta in 1980. This show captures them on their world tour early the following year, following that album's release, at the famous Japanese venue.

This was a soundboard recording which has scrubbed up really and sounds very clear and punchy.

Setlist
Don't Stand So Close To Me
Walking On The Moon
Deathwish
Fall Out
Man In A Suitcase
Bring On The Night
De Do Do Do, De Da Da Da
Truth Hits Everybody
When the World Is Running Down...
Bed's Too Big Without You
Driven To Tears
Message In A Bottle
Roxanne
Can't Stand Losing You
So Lonely
Posted by Flip Martian at 07:40

Email ThisBlogThis!Share to TwitterShare to FacebookShare to Pinterest
Labels: 1981, The Police